DigiPen Sophmore year project. This was the first game engine I’ve written in C++ with no game specific helper libraries (we only used really low level libraries like GLFW). Freshmen year we were limited to C, so now that we’re in the all powerful C++ what’s the first thing we did? Extend it with hacky macros of course! The messiest system in the engine is the custom C++ reflection system. It was really helpful, but impossible to debug due to the entire thing being implemented with a mix of macros, meta-template programming, and prayers. I have several articles on this website on how to do this better using clang with python to parse your C++ code. Really happy with the end product with this game. It plays good, looks good,sounds good, and runs good.

I wrote the level editor for this project in Qt.

This tool was used actively by two designers to create all levels in the game. The most interesting part of this editor is the Property Editor. The engine is component based and the property editor lets you modify the serialized values of the components. The UI for the components is automatically generated using reflection information from the engine. 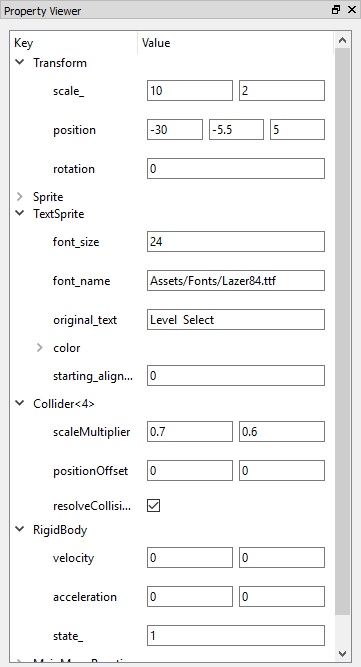 This auto-generated UI can be replaced with custom UI where appropriate (specifically for the hit point component).
Here we can see that the currently selected enemy has their left side covered in hit points / shields. The actual data being stored is a bitfield where each index is true/false whether or not the enemy has that shield / hit point. With the overriding feature I was able to provide a nice UI for designers to use. 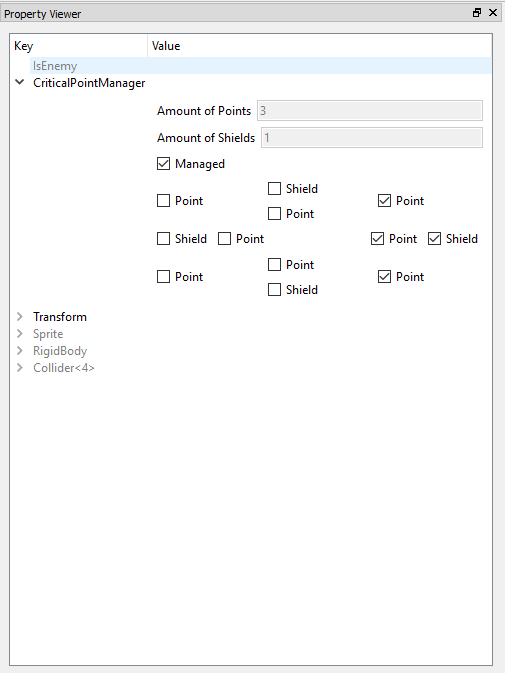 The other nifty feature was the per-component archetype overrides. In Unity when you modify any property of any component the entire reference to the prefab halts and waits for you to revert it. We found that we wanted to make slight changes to components while keeping the properties of the rest of the components up to date with the latest archetype. So, that's exactly what I did. The greyed out components are components get their values directly from an archetype while the solid black components have had their properties overriden. This is useful for transforms, sprite color, enemy hit point locations, and AI tweak-ables. 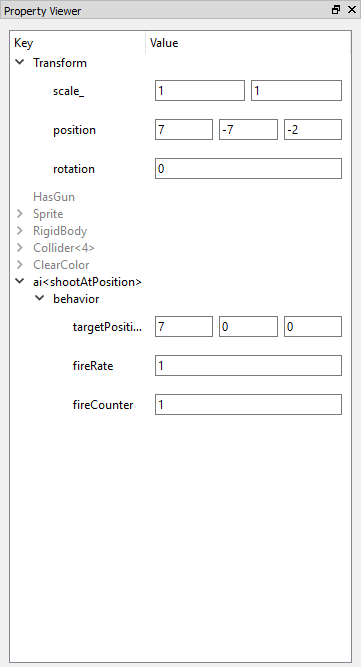